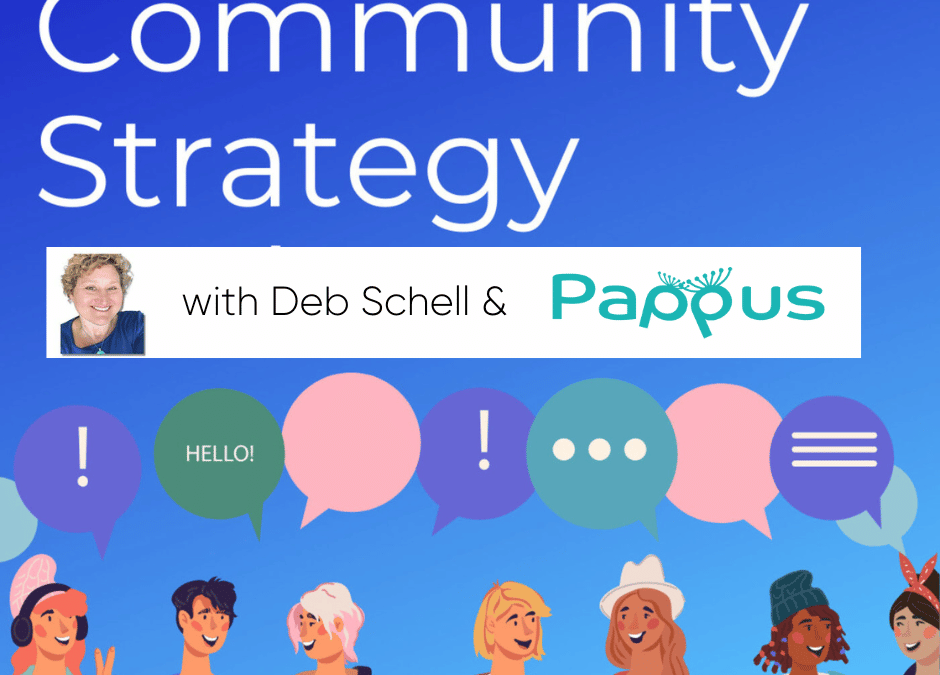 Recently we came across Deb Schell and her podcast «The Community Strategy podcast» and we were blown away by the variety of business leaders she is currently interviewing.

According to Deb, every new venture in the community industry should cover a concept, a strategy and structure as well as membership/community management. More than the question “which platform should we use?” the purpose and author questions should be answered first. Sometimes people that proactively listen to others are able to build more knowledge than individuals being stuck in an action right?

Being a consultant in the community industry isn’t always easy.

Deb herself needed her time to discover her true focus and differentiation factor. And this is mainly because of its own distinction between the «creator industry» and the «community business industry»

Whereas the creator needs to have a big enough audience and a clear message to transform people into a community that is monetized, a community business deals from the very beginning primarily with its own products and services.

Customer Service Communities for example are one of the most traditional cases we could examine. However, in order to sustain these types of businesses, you need a team or AI set-up.

Let’s say 3 years passed, what you have built?

Deb outlined in our conversation (with a hint to her new book) that the community business has a good chance to build an empire, wherever the creator (that has often the more difficult job due to fewer resources) has built an ecosystem.

So how to measure community impact?

Sure you can go the traditional way, trying to gather as many metrics and setting KPIs as possible (e.g. messages sent in a chat channel; newsletter open rate; etc) so that every manager mindset could break it down to numbers –

but what about the influence, motivation and inspiration you just get through the human touch?

We agreed on the point that companies are not fully ready yet to see the benefits and shifts that emerge from a community business.

Decentralized business models including Web3 and blockchain still have a hard time being understood because «humans like to think in boxes», says Deb.

Autonomous community interaction and its value are usually only fully visible after 3 years.  However, an interesting attempt how to measure impact is «the spillover – effect» which describes the effect something has on sub-systems.

We can estimate one type of spillover effect by looking at how one’s outcomes change depending on whether X received or participated in the same activity or not, given the individual did not receive it directly.

Usually described in the Spillover score, an index that assesses such spillovers along three dimensions: environmental & social impacts embodied in trade, economy & finance, and security. A higher score means that a country causes more positive and fewer negative spillover effects.

What about your community, how have you built its growth strategy?